Irregular migration has become a major societal and economic problem in Western Africa. Journalists at West Africa Democracy Radio (WADR) noticed that many African youngsters leaving for Europe lacked the most basic information about where exactly they would go and what this would mean. The idea of using radio to inform those who are interested in migration was born. Germany’s Federal Foreign Office supported the effort right from the start.

Agnes Thomasi is convinced that radio can be a powerful tool in the fight against irregular migration. The station manager of West Africa Democracy Radio (WADR) has seen the effectiveness of storytelling over and over again. Too often, she says, the tragic end of a failed attempt to leave started with a rushed and thoughtless decision to go. Based on this experience the idea for the project “Let’s talk migration” was born. Germany’s Federal Foreign Office supported the project right from the beginning in 2018.

“They told us, when we arrive, people will help us.”

Young survivor from a capsizing vessel in the Mediterranean when asked why he set off on the dangerous journey.

WADR is a community radio broadcaster with correspondents in 12 West African countries. It’s headquartered in Dakar, Senegal. The programming produced in English and French is rebroadcast on a daily basis by partner radio stations all across West Africa – in particular in Ghana, the Niger, Mali, Gambia, Côte d’Ivoire, Senegal, Guinea and Nigeria. “We want to provide information that will help our people to be well-informed, because only then will you be able to make the right decision,” station manager Agnes Thomasi says.

Before starting the new programme, the journalists at WADR were fed up with the status quo. “We realised that we have been reporting on irregular migration and the capsizing and crashing of boots in the Mediterranean Sea over and over again,” Agnes Thomasi remembers. But counting the death toll forever was no longer an option.

Establishing a strong network of experts on irregular migration

So Thomasi and her staff developed the idea of establishing a community of well-informed media professionals who would share and distribute their knowledge. “Our goal is to build a strong network of reporters who are trained in irregular migration issues and who can themselves train others in their local communities.” The training modules for journalists were developed in close cooperation with specialists from the International Organization for Migration (IOM).

Much has been achieved already: a total of 70 journalists have been trained in migration-sensitive reporting. 80 radio shows on specific migration-related topics have been produced and distributed. The station aims to rebroadcast the radio shows across West Africa with dozens of local partner stations. With these multiple distribution channels at hand, WADR will have run the shows repeatedly around 1,500 times. There have been some personal success stories too: in Gambia, a local journalist who has gone through WADR training became a regionally acknowledged youth mentor. He even formed a youth organisation dedicated to supporting those who have returned home. In Mali, another WADR-trained journalist has won the Journalist of the Year Award for his migration reporting. The same happened in Gambia in 2019.

Throughout the project, journalists from WADR in Dakar kept in touch with local journalists from other community radio stations in remote places. Together they worked on scripts and prepared interviews. Additional work that pays off easily, Agnes Thomasi adds. “Once you work with the community radio stations that the people trust, you will be trusted too, because that’s where the people get their first-hand information about what is happening in their community.” Thus, this bottom-up approach helped to share the information that needed to be shared.

Fighting irregular migration in times
of a pandemic

With the continuous support of Germany’s Federal Foreign Office, the project will enter its third phase in summer 2020. Two earlier project rounds have been implemented in 2018 and 2019. But the effects of the global COVID-19 pandemic will also impact on the new project phase entitled “Let’s Talk Migration”. The radio station network aims to intensify its outreach activities on social media in order to extend and multiply the target groups reached. Not only potential migrants are to be provided with the information they need, but also migrants in transit who have been hit particularly hard by the pandemic and who do not have access to information in their native languages. WADR closely collaborates with partners and experts to share the facts they need during the pandemic. In 2020, WADR also plans to expand its network of currently 80 partner radio stations.

Families have suffered and are ready to discuss

For a long time, the topic of irregular migration was taboo. Myths and fake news went along with this. “Nowadays people are ready to discuss because a lot of families have been losing their children, mostly their sons,” Agnes Thomasi says.

Often the journalists from WADR are also asked about the regular ways of migrating to Europe and elsewhere. “The journalists will then have to explain that in order to get a visa for a European country, you will have to have the right documentation,” the WADR station manager explains.

“In order to fight irregular migration, we all have a role to play: governments, media, family members, parents and the young people themselves.”

Station manager Agnes Thomasi is convinced: “The need to curb irregular migration will go on for a long time, for one simple reason: unless we have a proper answer to the question why young Africans should stay in their home communities, the search for a better life will go on.”

At WADR, they are ready to take on this challenge and continue their mission to enable well-informed decisions. They have therefore expanded their journalistic cooperation across eight countries in Western Africa. But everyone will have to contribute, the station manager adds. “In order to fight irregular migration, we all have a role to play: governments, media, family members, parents and the young people themselves.”

************************
Would you like to come to Germany as a skilled worker? Find out more: https://rumoursaboutgermany.info/facts/six-ways-to-germany-for-skilled-workers-and-high-potentials/

Would you like to return to your country of origin? Find out more about your opportunities: https://rumoursaboutgermany.info/facts/how-to-make-your-new-start-work-new-website-online/

Are you from the Gambia? Find out more about German initiatives in your country:
https://rumoursaboutgermany.info/facts/tekki-fii/

In this mind-boggling episode, we got to find out how even religious organisations and personalities are well-entrenched in the human smuggling network for the purpose of exploitation.

Our attention in this episode was on one of the devastating consequences of irregular migration – mental health problems.

In this episode, we look at an emerging reality in the migration space – the prominence of women migrants.

This episode focused on the changing dynamics of migration. Unaccompanied minors are becoming more visible in the numbers of people embarking on a journey of irregular migration.

Often attention is on cross-border migration. In most cases, migration happens within the borders of one country – internally, so to speak.

This episode x-rays the role that social media play in terms of encouraging and discouraging migration. 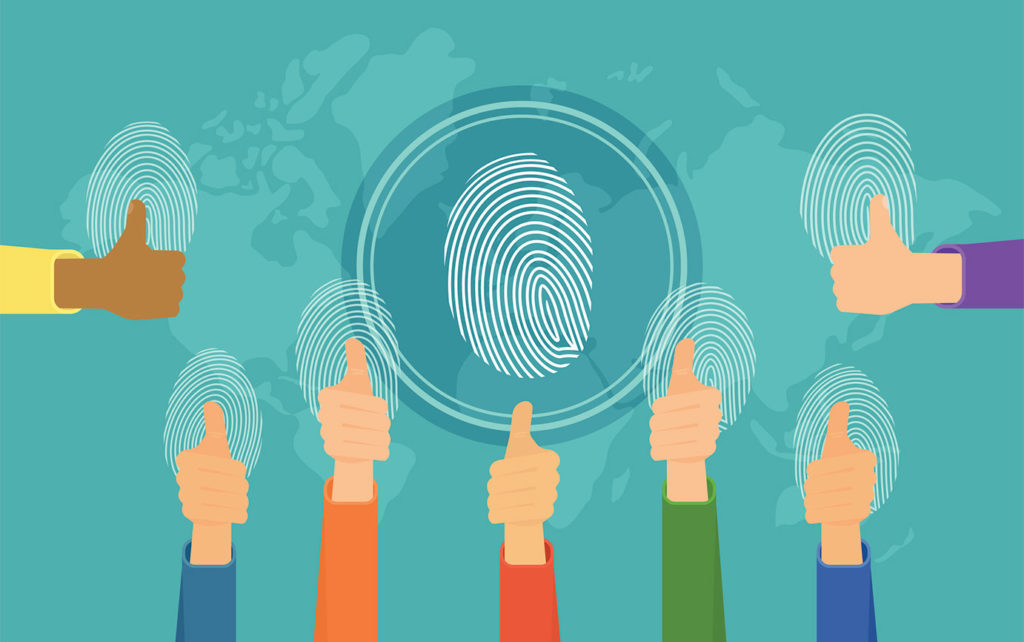 Q & A: Why fingerprints will help you in the asylum procedure 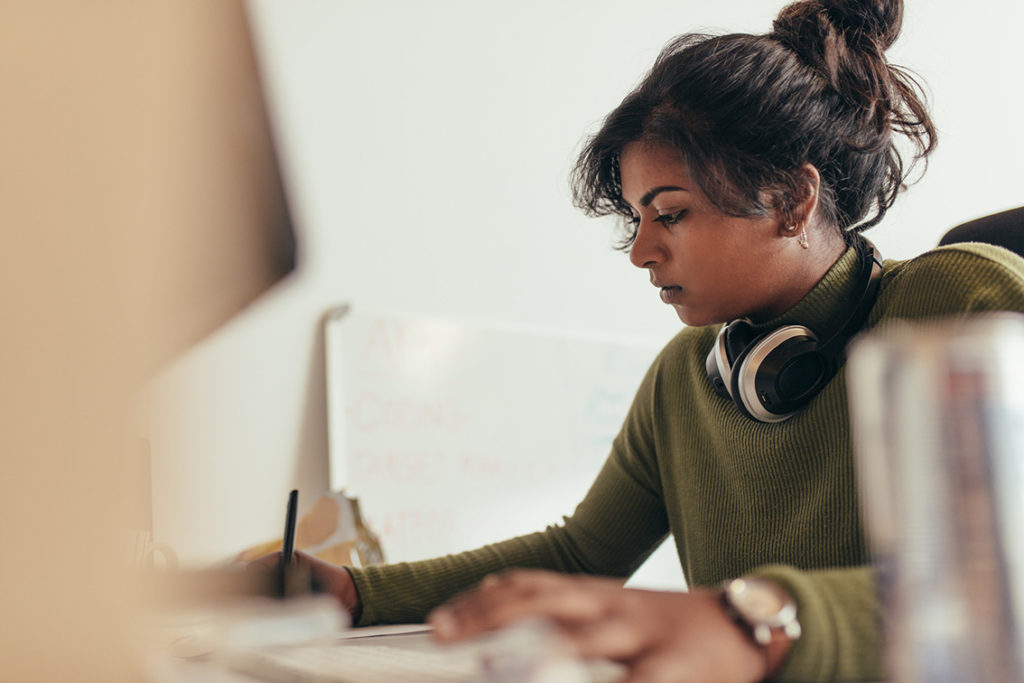 Six ways to Germany for skilled workers and high potentials